13.1 Miles of Meaning and Purpose 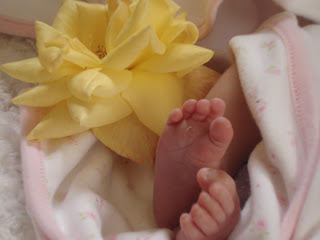 I am honored to run the Houston Half Marathon next Sunday, January 30 in support of Vanessa's Big Heart Foundation as part of *Run for a Reason to make a difference in the lives of children with heart disease and their families by supporting research at Texas Children's Hospital. Our family is forever grateful to Texas Children's Hospital and the Heart Center for saving our daughter's life and making her heart happy. This is an excellent article To Save a Child’s Heart: Chuck Fraser and the Unbelievable Life of a Pediatric Heart Surgeon in the University of Texas alumni magazine about our daughter's heart surgeon, Dr. Charles Fraser, Surgeon-in-Chief at Texas Children's Hospital in Houston.


It’s easy to take for granted nowadays that doctors can open up a heart and fix it. The novelty of open-heart surgery has faded in the decades since it was first done. What was once a rare and brave new medical enterprise is now an everyday one. It’s not that it’s no longer impressive — it’s just not surprising anymore.


Yet something happens the first time you peer into an infant’s open heart, formerly beating, currently stopped, while a surgeon manipulates its innards, correcting with scalpel and stitch what went wrong when some tiny strands of genetic coding crossed. The sight defies belief. This isn’t a real 5-month-old on this operating table, with its chest sawed open and its strawberry-sized heart sliced down the center — it can’t be.

But it is. And not only that, but after hours of surgery, this child’s heart, stitched up and restarted, might well beat once again, sending blood and life and a future to a body that earlier this day was dying. What happens when you see this is something both unreal and hyper-real. It’s something awesome and emotional. Something spiritual.


For Chuck Fraser, this is why he became a surgeon. It wasn’t just because he had the brains, the hands, and the constitution for surgery. It wasn’t for fame, prestige, or money. He became a surgeon for those moments afterward when it becomes clear that a child’s life has been profoundly changed. “I became a surgeon because the results are immediate,” he says. “I became a children’s heart surgeon because the results last a lifetime.” It’s what gets him up every morning, what sustains him through emergency weekend-long transplant operations, and what makes the time away from his family worth it. His wife, Helen, says, “It’s the difference between a job and a calling.”

Running for a reason,