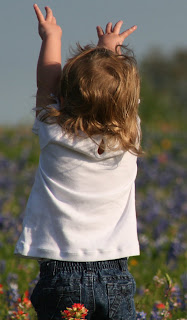 Every time I see or hear Dr. Frasers name I cry. When we see him at Texas Childrens walking down the hall, I cry,when I see my daughter on stage at school I cry. I remember when she turned one I wrote him a letter thanking his parents for having such an awesome son lol. Dr. Fraser and his team will forever be one of the very best gifts I ever received. God Bless you All. ~ comment from a mom on Inside Congenital Heart Surgery at Texas Children's Hospital (took the words right out of my mouth and heart)

Dr. Charles D. Fraser, Jr., Surgeon-in-Chief, the heart surgeon who saved our baby girl's life, featured in the article To Save a Child's Heart:

"I became a children’s heart surgeon because the results last a lifetime.” It’s what gets him up every morning, what sustains him through emergency weekend-long transplant operations, and what makes the time away from his family worth it. His wife, Helen, says, “It’s the difference between a job and a calling.”

When surgery goes well, and Fraser manages to fix and restart the heart, ease the child off of bypass, and sew up its chest; and when, after eight nonstop hours of intense concentration, he finally steps back from the operating table; and when, hours later, the infant opens its eyes and sees its parents’ faces, the whole episode seems, in a word, miraculous.