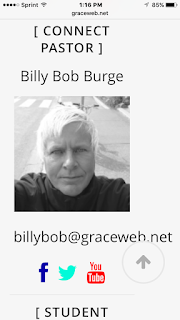 The lawsuit alleges that “Defendants entered into a civil conspiracy, accompanied by a meeting of the minds regarding concerted actions, the purposes of which were to conceal and minimize public knowledge of sexual misconduct and/or abuse by Pastor Burge. This conspiracy and concerted action was carried out by Defendants to conceal the fact that they individually and collectively committed acts of neglect, gross neglect, concealment, fraud, and breached fiduciary duties. Officials and agents or representatives of First Baptist Church of Rockwall, acting in concert, engaged in this conspiracy to avoid prosecution, to cover up sexual misconduct and abuse, and to conceal claims arising from crimes or conduct of their Youth Pastor.”
We urge officials at First Baptist Church of Rockwall to come clean with any information and to immediately report any known or suspected abuse by Billy Bob Burge to law enforcement. We hope that any other churches or places where Burge has had access to kids, including his current church employer Grace Community Church in Greenville, Texas, will aggressively reach out to anyone else that may have been harmed by Burge and urge them to call police.
http://firstrockwall.org/
http://www.graceweb.net/get-to-know-us/staff/
We urge every single person who saw, suspected or suffered pastor Burge’s alleged child sex crimes to come forward, get help, call police, expose wrongdoers, protect kids and start healing.
(SNAP, the Survivors Network of those Abused by Priests, is the world’s oldest and largest support group for clergy abuse victims. SNAP was founded in 1988 and has more than 20,000 members. Despite the word “priest” in our title, we have members who were molested by religious figures of all denominations, including nuns, rabbis, bishops, and Protestant ministers. Our website is SNAPnetwork.org)
Billy Bob Burge on Facebook
Yesterday I was notified that Billy Bob Burge was listed as the athletic trainer at Greenville Christian School.  I took a screenshot today on the school website that lists Burge as a trainer for the football team. 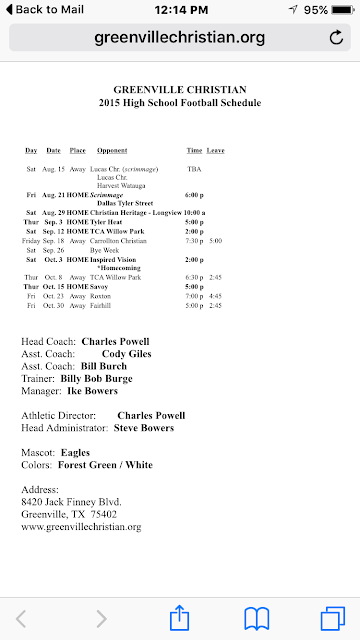 Below is an email exchange with Greenville Christian School administrator Steve Bowers:

Billy Bob Burge has never been “on staff” at Greenville Christian School, he has volunteered on and off helping with our football team.  He is no longer a volunteer ball boy / water boy with our football team at Greenville Christian School.  Most definitely, we are currently putting a plan in place to notify parents of the situation so they can take proper action.

Will he be remaining on staff at your school? Will you be notifying parents and urging anyone else that may have been or being abused by him to call police? We are concerned there may be more kids at risk. I've heard from a concerned parent today who described a pattern of red flag behavior by Billy Bob.

Sent from my iPhone

Yesterday morning I tweeted to Steve Lawson, Founding Pastor at Grace Community Church in Greenville, Texas where Billy Bob Burge is on staff as the Connection Pastor.

I received this email from Haley Lawson yesterday afternoon. 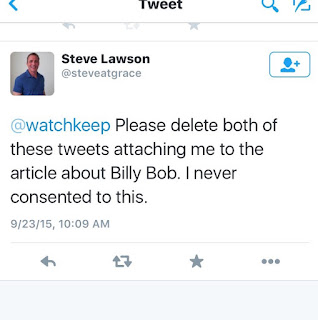 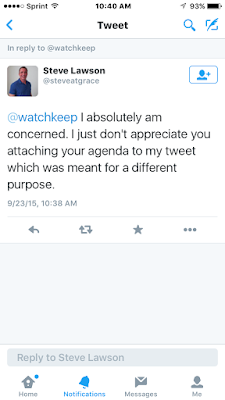 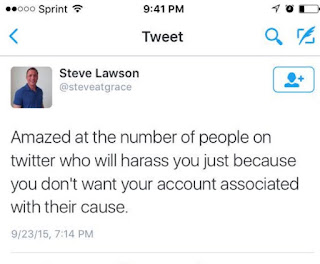 @GraceGreenville Do u know how much courage it took Jeremy's parents to come forward with this? #BillyBobBurge responsible for his suicide.
— Anna Keith (@annakeith) September 24, 2015

I have received a few calls from people concerned about more victims of Billy Bob Burge. One concerned parent said that we need to ask about the many sleepovers Billy Bob Burge had at his house with boys. There seems to be many red flags of predatory behavior displayed by Burge where he has had access to kids in Rockwall, Commerce and Greenville, Texas: First Baptist Rockwall, First Baptist Commerce, Commerce High School, First Baptist Church of Greenville, Grace Community Church in Greenville and Greenville Christian School.

We urge anyone who has seen, suspected or suffered any abuse by Burge to come forward, contact police, seek justice, begin to heal and protect kids.

The light of truth and knowledge is our greatest tool to protect kids.

How to Prepare Your Kids for the Dangers of Sexual Predators

If you are looking for a guide on how to prepare your children for the dangers of sexual predators, The Well Armored Child: A Parent’s Guide to Preventing Sexual Abuse, by Joelle Casteix, might be the book for you. Casteix outlines how to take your child from being an “easy target” for sexual predators to a “hard target,” one who is not likely to experience sexual abuse. She summarizes: “The purpose of this book is to give you the tools to identify and stop the 90 percent of predators who are never arrested or convicted.”
The Child Abuse Prevention and Treatment Act (CAPTA) defines sexual abuse as:

The employment, use, persuasion, inducement, enticement, or coercion of any child to engage in, or assist any other person to engage in, any sexually explicit conduct or simulation of such conduct for the purpose of producing a visual depiction of such conduct; or the rape, and in cases of caretaker or interfamilial relationships, statutory rape, molestation, prostitution, or other form of sexual exploitation of children, or incest with children.

All of these avenues of abuse can leave a lasting and devastating impact on children.
The book’s author, Joelle Casteix, writes from a perspective of a child sexual abuse victim. She includes a thorough explanation of why she is qualified to write this book and the abuse that she endured throughout her high school years. Her personal experience bleeds through to each page. She now works to advocate for and mentor other child sexual abuse victims.

Burge could not be reached for comment, and Don French, business administrator at First Baptist Church of Rockwall, said “it was 25 years ago” and would not comment.

Anonymous said…
If he's such a terrible predator why aren't these parents filing criminal charges instead of simply seeking tons of money? You'd think they'd want the guy behind bars. There is no statute of limitations on sex crimes such as these allegations. The fact that they aren't pressing criminal charges seems fishy to me.

I understand your concern for children regarding abuse, however our legal system is "innocent until proven guilty" not the other way around. Yes, protect the children, but you don't have to ruin someone's life before they are convicted/found guilty.
Saturday, September 26, 2015

Kimberly Rock-Shelton said…
Actually most states have statutes of limitations for child sexual assault. Most states also have strictly defined who cannot and cannot bring charges. If the victim of child sexual assault is now dead, it would be difficult to bring criminal charges. Also, criminal charges are generally difficult to file against those who had a duty to report, but didn't.

Unfortunately the religious community's squeamish about sex in general and paedophilia in particular have contributed to a culture of obfuscation and denial.

It is the same principal involved when the pastor is having an affair with the organist. Nobody wants to confront it because it is only bad news for the church. People choose sides, funding drops, attendance drops.

Doing the right thing has more of a cost than ignoring it or covering it up. So, many in leadership choose to roll the dice and wait until they get caught.
Tuesday, September 29, 2015

Anonymous said…
Have there been any updates on this?? I grew up in Commerce, going to First Baptist Church as a toddler until I was a sophmore in high school. I was around Billy Bob quite a lot, even went on a trip with our youth group to Beavers Bend. He definitely changed the youth program drastically when he came to Commerce. It went from maybe 20 kids on Wednesday nights to seriously hundreds (at one point, he was so popular, he had churches from surrounding towns bringing charter buses of kids to his Wednesday night church sermons). While he did occasionally give off a mild creepy vibe, I never would have expected anything inappropriate going on. He did have pretty much complete access to a LOT of kids, so it just makes me wonder. Especially because the amount of child molestation that goes on in religious organizations alone is utterly disgusting.
Monday, June 27, 2016