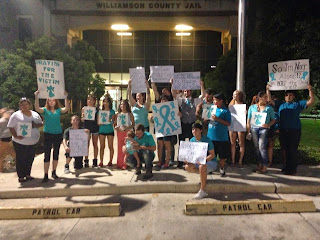 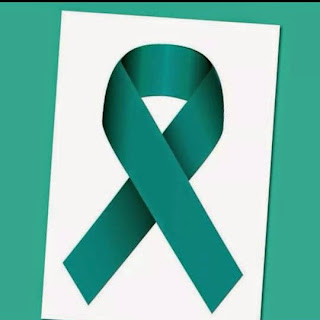 Our hearts go out to the child who bravely came forward and testified that Greg Kelley abused him. It's always difficult for victims to come forward, fearing they will not be believed, especially when the abuse is perpetrated by someone the child trusts and respects. As Greg himself testified, he wanted the children to know him well and look up to him as a role model instead of as a big stranger. According to Greg’s own words, the children high-five’d him when they saw him, and wrestled with him. Children as young as six months can recognize faces, even similar ones, therefore we believe the child, who felt comfortable enough with Kelley to high-five and wrestle with him, when he identified Greg Kelley by name as his abuser. What people seem to have forgotten, or maybe don’t understand, is that child testimony is evidence, and many times the only evidence in crimes such as this. Failure to accept the only credible evidence is not only a failure of the system, but to the child victim himself.

Holding rallies, posting misleading information on social media, and trampling the courthouse lawn in front of news cameras on behalf of a convicted child sex offender, endangers kids by causing those who see, suspect, and suffer child sex crimes to fear speaking up. Those who believe Kelley is innocent should visit him, pray for him, write to him, and help his family. But they should do so in ways that respect the child victim and his family, and do not advocate forgoing judicial process, or scare or intimidate other victims of abuse into staying silent. By mounting public displays of support for a convicted predator who accepted a sentencing deal for 25 years in prison, waiving his right to appeal, these individuals are rubbing even more salt into the already deep and still fresh wounds of abuse victims. By attempting to destroy respect and faith in our law enforcement and legal system, fewer people will be willing to speak up, making it more difficult for police, prosecutors and employers to catch and oust child molesters. This is why we speak up on behalf of innocent child victims whose voices go unheard or ignored.

Adults must learn to accept a disturbing truth: child molesters don't have forked tongues or devil’s tails or horns on their heads. They are usually not "creepy" people who give us "the willies" or seem socially inept. They are usually charming, charismatic, and outgoing. That is often how they are able to gain the trust of children and adults. So we must overcome the dangerous temptation to believe an accused sex offender is innocent just because he's likable or talented or devout. Discrediting child victims, as the Greg Kelley supporters continue to do, accusing the victim of being confused as well as untruthful, and publicly supporting convicted predators is a dangerous path to follow.

We pray that the judicial system will be swift and just,and that this case will finally be closed so that the families affected from every side can move forward and begin to heal from the new wounds that re-opening this case has created.