In the fall of 2020, a sexual assault allegedly occurred off campus involving two Baylor University  students in Waco, Texas. The victim, Jane Doe, recalls being incapacitated at the time of the assault and did not come to a realization of what occurred until some time later. She then made a report in January 2021, first to the Baylor police department who immediately contacted Waco police to come in to take the report, because the assault occurred off campus.  On February 5, 2021, Jane Doe received a call from detective Michael Alston with the  Waco  police department. He informed her that he was closing her case having done no investigation. He never contacted the alleged perpetrator. He explained that he was closing the case because he personally did not believe that an assault occurred. In the first call, Detective Alston asked the victim why she waited so long to make a report. When the victim called the detective back to request clarification and a report in writing as to why h
Post a Comment
Read more 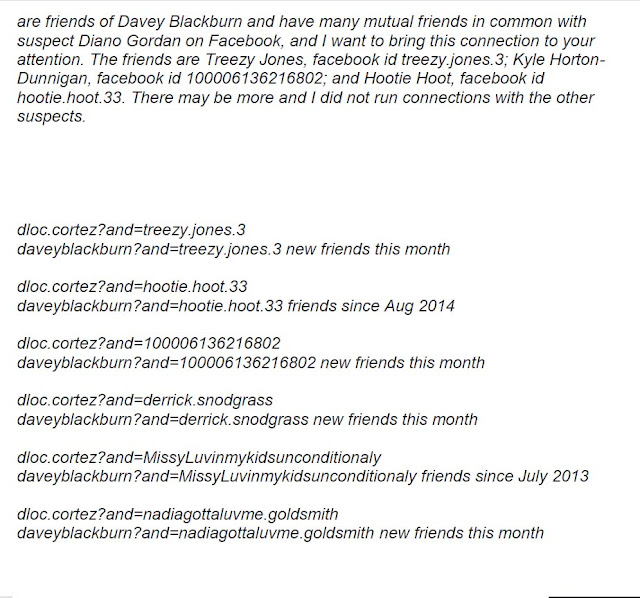 Amanda Blackburn’s murder in November 2015 has been repeatedly described by her husband Davey Blackburn , as well as throughout media coverage, as a random home invasion. Three men have been charged in connection to her murder. Two of the three, Jalen Watson and Diano Gordon have received plea deals on lesser charges of burglary. Last month, Watson was sentenced to 29 years in prison. Gordon has a hearing set for June, as well as Larry Taylor.  Amanda Blackburn shooting One of three men charged in the 2015 fatal shooting of Amanda Blackburn has been sentenced to 29 years in prison for his part in the killing, according to court records. Jalen E. Watson, who in 2017 pleaded guilty to one count of robbery and two counts of burglary in the killing of the Indianapolis pastor’s wife, was sentenced last month to serve 29 years for the robbery charge and 20 combined years for the burglary charges, the records show. The sentences will be served concurrently. Amanda Blackburn was the daughter
Post a Comment
Read more 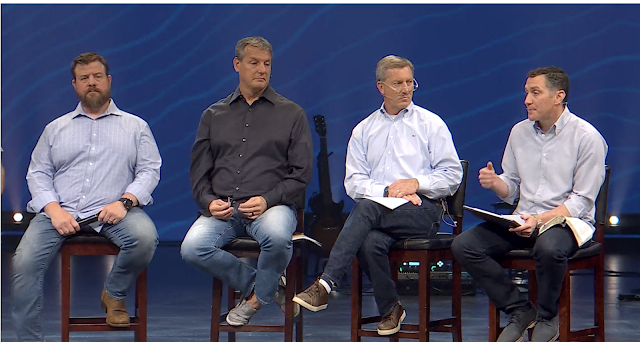 Yesterday, Watermark Community Church, a Dallas mega church, announced that founder and senior pastor Todd Wagner had resigned . In a video posted to the website along with the leadership update, Todd is joined on stage by several other elders and staff members. One of those, David Leventhal, announced that he had resigned last month due to "an erosion of trust in Todd Wagner's ability to lead in the role of Senior Pastor and Elder."  That's quite a line that was no doubt scripted, but that it made it into the official announcement says that something serious has been going on with Todd Wagner at Watermark Church. Last fall Todd announced that he was temporarily stepping back from his role as senior pastor due to the sin of pride. Leonardo Blair at The Christian Post covered this story at the time. “For the first time in 20 years, I’m stepping back from what I usually do so I can do the hard work of hard work. So don’t be looking for some scandal. Don’t even think
Post a Comment
Read more 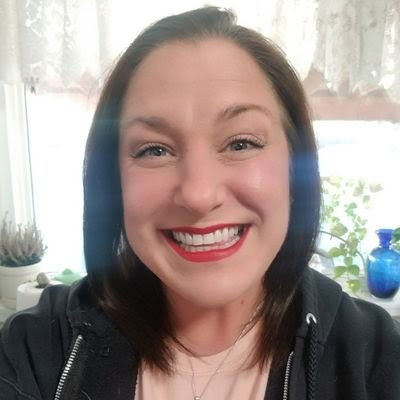 Jules Woodson from Twitter I am so livid at the SBC Credentials Committee right now I could scream!!! A Thread: Yesterday, a fellow advocate and friend, @writer_dee , spoke with Mike Lawson and Stacey Bramlett via a Zoom meeting on my behalf. — Jules Woodson (@juleswoodson11) January 22, 2021 Time after time, the Southern Baptist Convention shows itself to be completely inept, corrupt and dangerous. Caring Well was a sham. As Jules Woodson's tweet thread explains, the SBC Credentials Committee is a sham.  Jules sent an email to lead pastor Steve Bradley at Stonebridge Church in Texas on May 15, 2019.  Steve Bradley was the pastor to whom Jules reported being  sexually abused  by her then youth pastor Andy Savage when she was in high school. Steve did not report this abuse to law enforcement. Andy was allowed to move on to Tennessee where he founded Highpoint Church with Chris Conlee.  Andy Savage resigned from Highpoint and has recently started a new church in Collierville, Tenn
Post a Comment
Read more 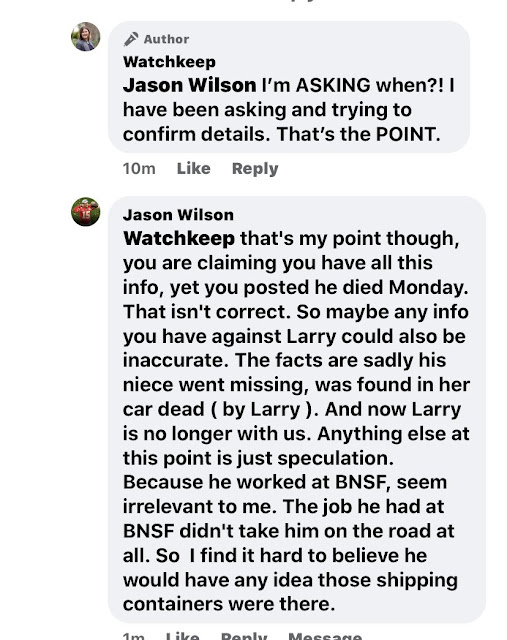 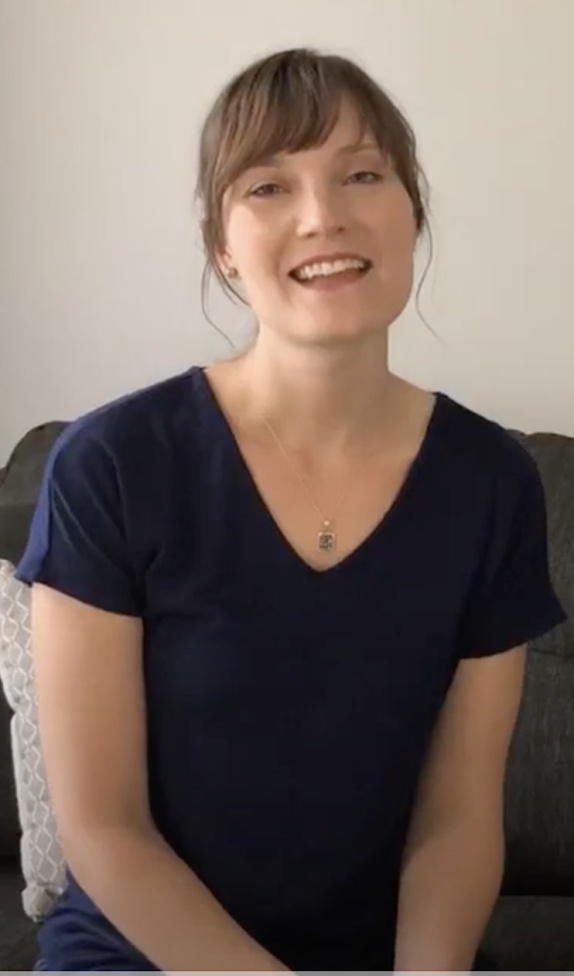 I have received email communication with the Chief Medical Examiner at the Arkansas State Crime Lab where Marilane Carter's body was taken after she was found deceased in her car that was backed into a shipping container in a field on private property in Crittenden County, Arkansas. Marilane was reportedly found by her husband Adam Carter's uncle on Tuesday, August 18, 2020. This uncle apparently who found her is Larry Bradley. The property where she was found had been previously searched by law enforcement and others, including family members. According to the Crittenden County Sheriff Chief Todd Grooms, the containers had been seen before but not searched as the doors appeared closed and assumed to be locked.  Marilane had been reported missing on August 3 at about 3- 4 am by her husband Adam who apparently went in person to the Overland Park, Kansas police department. She allegedly left home on the evening of August 1 at 8:15pm. Family members have stated that she was travel
Post a Comment
Read more
More posts