Showing posts from May, 2011
Show all

God Shed His Grace on Thee 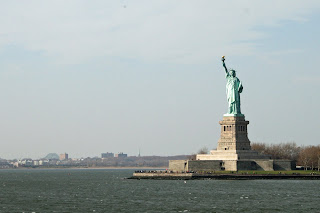 Memorial Day Reflections by Dr. Emerson Eggerichs Dr. Emerson Eggerichs is an internationally known expert on male-female relationships. Also a dynamic speaker, he was recently invited to speak to the NFL owners and coaches, the PGA players and spouses at The Player’s Championship, and the New York Giants at their new stadium in NJ. But most honoring to him was being invited by the military brass to speak to the troops in Iraq this year. Dr. Eggerichs is also the author of several books, including the national bestseller Love and Respect﻿ . I attended a military school for five years. As a cadet corps, we stood at attention each day at the raising and the lowering of the flag. Often I felt chills as I faced the red, white and blue. I am a patriot. I do not believe other peoples and nations are less than us in terms of intrinsic value but I do believe God shed His grace on this great land and people. We are, in a foundational sense, a nation that has worshipped the God of the Bible.
Post a Comment
Read more 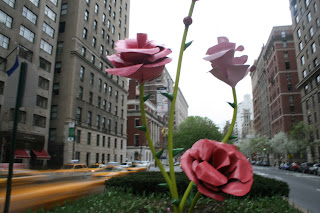 Roses on Park Avenue My husband and I traveled to NYC 3 weeks ago. Here are a few of my favorite photos from our trip which was short but sweet.   Sarahbeth Levine One of my favorite things I did while in the Big Apple, while my husband had meetings, was take the Chelsea Market Food Tasting Tour . One of the stops was at Sarabeth's Bakery . Sarabeth is shown in the photo above in her bakery. I had the pleasure of meeting her. She graciously took time out of her baking to sign her cookbook that I purchased. The first recipe I tried when I got home was Mrs. Stein's Chocolate Cake. It is wonderful and a big hit with my kids and their friends in the lunchroom at school as well. Mrs. Stein's Chocolate Cake Ingredients Softened unsalted butter and flour, for the pan 1 1/2 cups whole milk 1 tablespoon fresh lemon juice 2 1/3 cups unbleached all-purpose flour 1 cup Dutch-processed cocoa powder 1 1/2 teaspoons baking soda 1/2 teas
Post a Comment
Read more 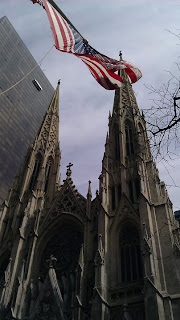 ﻿ ﻿St. Patrick's Cathedral NYC Saks Fifth Avenue Union Station NYC Ground Zero Lady Liberty 9/11 Memorial Preview Site This distinctive memorial was donated to the permanent collection of the 9/11 Memorial Museum in memory of the firefighters from Engine 54/Ladder 4/Battalion 9 killed at the World Trade Center on September 11, 2001. It is currently on display at the 9/11 Memorial Preview Site in lower Manhattan. See here for more about the ornaments that adorn her and the stories of tribute behind them. Lady Liberty USS Arizona Memorial at Pearl Harbor Photo by Michael Appleton/The New York Times See more 9/11 Photos: Sept. 11 Through the Lens of the New York Fire Department here . In gratitude and loving memory for their military service to the USA... Harold A.White (my grandfather Foley, AL) Joe P. Cain (my husband's grandfather Houston, TX) Thank you to all the brave men and women who have proudly served and who serve today to keep us safe. See  her
Post a Comment
Read more
More posts