Showing posts from November, 2011
Show all

November 30, 2011
In Newsweek Magazine,  Hollywood’s Tyler Perry writes to a young boy involved in the Penn State scandal to tell him he isn’t a victim at all—he’s a survivor.  It is the most eloquent statement I have read on the subject. I don’t know your name, but I kn ow your face. I don’t know your journey, but I know where you are. I am your brother! I must tell you, what you have done is so courageous. The strength that it must have taken for your 11-year-old voice to speak out about such a horrible act is something that I didn’t have the strength or courage to do at that age. I was a very poor young black boy in New Orleans, just a face without a name, swimming in a sea of poverty trying to survive. Forget about living, I was just trying to exist. I was enduring a lot of the same things that you’ve come forward and said happened to you, and it was awful. I felt so powerless. I knew what was happening to me, but unlike you, I couldn’t speak about it because no one saw me. I was invisible and m
Post a Comment
Read more 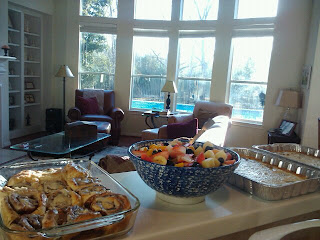 I love this, now a tradition in the Smith home on most holiday mornings. I love that you can prepare the night before and just bake the next morning.  1 can crescent rolls 1 lb sausage, I like either maple or sage 6 eggs 1 cup millk 2 cups Monterey Jack cheese Flatten out crescent rolls to make a crust in a 13x9 dish. Cook sausage until brown and crumbles, then place on top of the unbaked crust. Mix the eggs and milk and pour over the sausage. Cover and refrigerate overnight. Top with the shredded cheese and bake at 350 degrees for about 30 minutes until done.
Post a Comment
Read more

November 10, 2011
Please .  And please don't sympathize with disgraced Paterno ..."After turning a blind eye to the alleged victims, the face of Penn State deserves the shame." - Ian O'Conner ESPNNewYork.com Dr. Albert Mohler , president of Southern Baptist Theological Seminary says Penn State scandal holds a lesson for Southern Baptists (story in The Associated Baptist Press with my response ). I would hope so. When you see a crime, you call the police. You don’t go to your boss or employer. When you suspect child abuse, call the police. Going to your boss, employer, church, or other institution, etc., to make a report, does not protect kids. Criminal behavior requires a criminal investigation by law enforcement. Predators need secrecy and protection to do harm. The light of truth and knowledge is our greatest tool in protecting kids. A child's life is never of lesser value than an institution and the power and prestige its name holds. Act accordingly. All that is necessar
Post a Comment
Read more

The Color of Shame without the Hail Marys 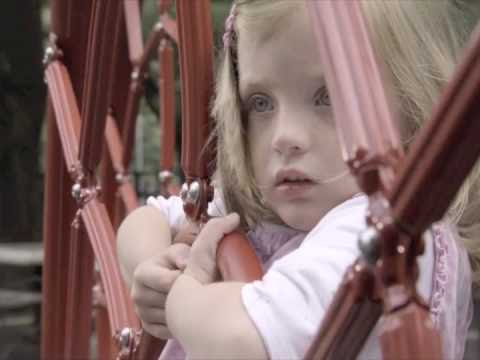 I am from a family of blue bloods. Penn State Blue. From the deluge of news coverage you know the broad outlines of this story: a 10 year silence about a Penn State assistant football coach who abused young boys sometimes in the facilities of this legendary football powerhouse, the grand jury investigation, the knowledge that the abuse stretches back 15 years, the arrest of the former assistant coach who ran a program for troubled youth, too, an emergency Sunday meeting of the university’s board, the removal of the athletic director and the vice president for finance and their arraignment on perjury charges for lying to the grand jury the university president who all too quickly backed these top administrators, and in the midst of it the Icon – JoPa, Penn State’s head football coach. And within the span of less time than it takes for the holiday bowl games schedule, the Camelot that has been filled with Merlin’s wizardry has become Mordred unmasked. To a family that understands “
Post a Comment
Read more

Protecting a program before a child

November 07, 2011
Just hours after stepping down, two high-ranking Penn State administrators face arraignment Monday on charges they lied to a grand jury investigating former defense coordinator Jerry Sandusky and failed to properly report suspected child abuse. Columnist Mike Wise at The Washington Post  writes that if these Sandusky allegations are true, Penn State and Joe Paterno deserve part of the blame. You want to grab hold of and shake those who reported the crime only to their superiors, washed their hands of responsibility and then let it go, treating a kid’s life as if it were a football that slipped through their hands. No one from Penn State — not Paterno, not the human neckties, no one — ever reported the alleged incident to law enforcement, which the grand jury report says is required under Pennsylvania law. In Warped Sports World, the don’t-ask, don’t-tell, sweep-it-clean behavior is rationalized as loyalty, having your coach’s or teammate’s back, moving on from the problem. It’s
Post a Comment
Read more
More posts