Showing posts from August, 2012
Show all

Turn the light on sexual abuse

August 31, 2012
Pastor: Turn the light on sexual abuse  by Bob Allen, managing editor of the Associated Baptist Press: A Texas Baptist congregation heard straight talk from its pastor in a recent sermon about how to respond to sexual abuse. “There are so many people living in desperation and isolation, looking at the church being silent, and hearing that silence as even coming from God himself,” he said. “It’s time that they at least have an acknowledgment that what has happened to them has been soul-altering and life-changing.” Morgan gave similar advice to any in the congregation guilty of abuse – find a professional and report it – as frightening as it may be. “I don’t know what will happen to me. I could go to prison. Anything could happen,” he said, anticipating their thoughts. “That’s true, but you lost control of your life when you decided to abuse, and you will never get control of it back.” To bystanders, Morgan said, “To know something is going on like sexual abuse and to do
Post a Comment
Read more

More than a survivor of child sexual abuse, an overcomer and Olympic champion 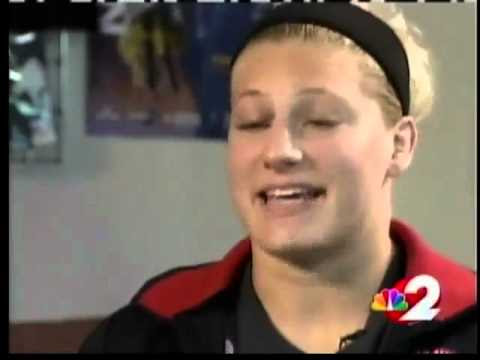 Kayla Harrison's Challenging Road to the Olympics Olympian shares story of sexual abuse in hope of rescuing others Giving a voice to childhood sexual abuse victims “Don’t wait,” Clohessy said. Police might tell a victim they’ve had many complaints about a particular molester. It’s very rare that a molester has only one victim, Carpenter said. The average serial pedophile might have abused 80 to 100 children. Adults who were molested when they were children should put aside any misgivings about reporting their abuse because they don’t recall exact dates or don’t have a lot of information to give prosecutors, Clohessy said. “Prosecutors understand that victims are suffering, nervous and fearful of being disbelieved,” Clohessy said in a phone interview from his office in St. Louis. “So, they’re not put off by a victim saying ‘I don’t remember what year it was.’ ” Sexual-abuse investigators are trained in interviewing people who have survived that ab
Post a Comment
Read more
More posts