Showing posts from May, 2013
Show all

Aslan is on the move 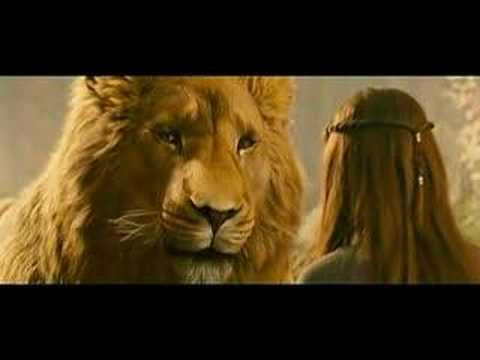 @ tamararice @ ddurrill @ zhoag @ defendthesheep @ watchkeep @ rachelheldevans Thanks for being much needed voices!Aslan is on the move... — Boz Tchividjian (@BozT) May 29, 2013 The kingdom way wrecks temples.The kingdom way is anything but passive.The kingdom way is bold. buff.ly/136KSlz — Zach J. Hoag (@zhoag) May 31, 2013 In the peaceable kingdom, there is no flabby tolerance of child sex abuse in the name of pathetic political power. buff.ly/13YNnHN — Zach J. Hoag (@zhoag) May 30, 2013 @ bozt @ t3rri3rg4l I don't think Evang Protestants have a clue how big this thing is going to be. SGM completely dwarfs Penn State. Wake up!! — Julie Anne (@DefendTheSheep) May 31, 2013 "When I kept silent, my bones wasted away through my groaning all day long." — John Lussier (@JohnLuce) May 31, 2013 Pastor, the greatest gift you can give a sex abuse survivor is belief. Believe that they would never sign up for this on their own. Believe. — Di
Post a Comment
Read more

The Selective Outrage of Southern Baptists

May 23, 2013
The SBC annual meeting is June 11-12 in Houston. The SBC pastors' conference is June 9-10, same place. Jack Graham , pastor of megachurch  Prestonwood Baptist Church and former, two-time SBC president, is a featured discussion panel leader on the topic of "leadership." We are planning an awareness event outside the convention to stand for those abuse survivors who don't have a voice or whose voices are being callously ignored by pastors and leaders of the Southern Baptist Convention.  Perhaps you may have a few minutes to simply come stand with us outside the convention in honor of those survivors who don’t have a voice? Details TBA... I was interviewed by Bob Allen for a story in the Associated Baptist Press last week about a resolution proposed by a Baptist pastor for the upcoming SBC meeting and it includes my statements:  Sexual-abuse resolution proposed - Associated Baptist Press Victims’ advocate Amy Smith, Houston representative of th
1 comment
Read more

May 14, 2013
Lastly, he comments how he feels like Luke Skywalker circling the beast as he approaches the Death Star. Sounds like an excerpt from a science fiction novel right? It's an actual statement from the Plano Police Department harassment complaint  (embedded below) filed by Prestonwood Baptist Church executive pastor Mike Buster  (see emails from Mike and Neal Jeffrey to me, embedded below) on longtime church member Chris Tynes. Prestonwood described Chris Tynes to the police as a "suspicious person" after he arrived in the church parking lot ( see video ) hoping to catch Mike Buster to ask Mike why he refused to meet with him regarding questions about the church's handling of  "past indiscretions by a former pastor." Tynes had questions about the church's handling of child sex abuse allegations by former youth music minister John Langworthy who pleaded guilty in January 2013 in Jackson, Mississippi to child sex crimes there prior to his employment at P
Post a Comment
Read more

A Tale of Two Jacks

May 03, 2013
WFAA :   A senior pastor at The Church of Corinth  was allegedly recorded in about two hours of audio files attempting to persuade a female juvenile to undress, read an arrest affidavit released Thursday morning.  Jeffrey Dale Williams was jailed on charges of attempted sexual performance by a child. Bond was set at $10,000 .  I'm sure there are more, perhaps many more victims. Predators rarely have only one . Interviews guaranteeing complete confidentiality and immunity from prosecution, conducted by Emory University psychiatrist Dr. Gene Abel*, uncovered that: ·   Male offenders who abused girls had an average of 52 victims each. ·   Men who molested boys had an astonishing average of 150 victims each. Only 3% of these crimes had ever been detected We applaud this brave young girl and hope that others will have the courage to come forward to the police as well. And yes, former Prestonwood Baptist Church minister, John Langworthy,
1 comment
Read more
More posts