Showing posts from January, 2014
Show all

"It wasn't a relationship. It was a crime."

January 21, 2014
"It wasn't a relationship. It was a predator situation. It was a crime." - Janet Mefferd Caught on Tape: 5 Self-Serving Responses by Sex Offenders in the Church Do you notice how each response keeps the focus and attention on the offender?  These responses clearly demonstrate that most child sexual offenders are extremely self-serving and dangerously manipulative.  It is critical for faith communities to recognize these characteristics and how they influence the way offenders think, act, and respond to abuse. A better understanding of these vital truths may have propelled this church to focus on loving and serving a 14-year-old rape victim, not posting a re-traumatizing video it tragically celebrates as being the work of God . Alicia Gray, Former Math Teacher, Rel eases Video Apology After Pleading Guilty To Sex With Student Lake jury awards molested boy $12.5 million in verdict against Florida Baptist Convention "The real truth of the verdict is tha
Post a Comment
Read more

Prevention of Abuse vs. Damage Control

January 17, 2014
Houston weather, traffic, news | FOX 26 | MyFoxHouston The church says there is no excuse for such violation of children, but victims groups say it's only a first step. Amy Smith, of the Houston chapter of Survivors Network of those Abused by Priests, says, "It's not numbers and statistics that will protect kids: It's the decisive action that would entail not just releasing statistics but the names and whereabouts of those accused predator priests." SNAP- Defrocking is more defense strategy than child protection Here's the number Catholics should remember: zero. That's how many Catholic supervisors have been punished, worldwide, for enabling and hiding horrific clergy sex crimes. The Pope must start defrocking clerics who cover up sex crimes, not just clerics who commit them. Until that happens, little will change. KPRC- Pope defrocked 400 priests in 2 years
Post a Comment
Read more 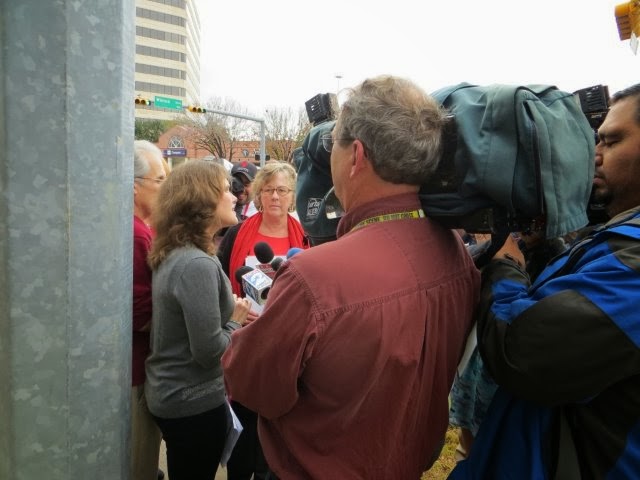 Man can hardly even recognize the devils of his own creation .   Albert Schweitzer   We held a SNAP media event yesterday outside Second Baptist Church in Houston in support of the victims of two former ministers there. SNAP is worried about more possible victims of these two former Second Baptist ministers, both accused of crimes. The first is Chad Foster, a young minister who was sentenced in April to five years in prison after he pleaded guilty to raping a 16-year-old girl in 2011 and soliciting another teen online. http://www.khou.com/news/crime/Youth-pastor-accused-of-inappropriate-relationships-with-teen-girls-to-learn-fate-200922381.html http://www.abpnews.com/archives/item/7018-former-staffer-at-sbc-mega-church-focus-of-abuse-investigation#.Us3RjH-9KSM http://www.click2houston.com/news/Former-youth-minister-accused-of-exposing-self-to-teen/-/1735978/5841954/-/flfbvqz/-/index.html The second is Eddie Struble, a music minister who faces no civil or cri
1 comment
Read more
More posts