Showing posts from May, 2016
Show all

On Baylor, Baptist Churches and Change 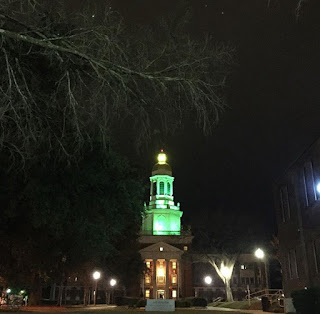 As a Baylor graduate myself, my first thoughts are with the victims. I hope they are healing and know that they are not to blame and that they are not alone. How incredibly brave they are to speak out and now hopefully are heard. The institution that they should have been able to count on for support towards healing failed them terribly, causing unspeakable pain.  Baylor chose to support and protect itself and image over the precious lives of these students.  While this is certainly newsworthy, sadly, this skewed priority is an all-too-familiar guiding, operational structure among Baptist churches as well. Allegations of sexual abuse of children and vulnerable adults within churches, like the sexual assault allegations at Baylor, are all too often handled in-house and not reported to police. This is revictimization. Victims are blamed, perpetrators enabled, and more lives placed at risk.  Sexual assault must be rightly viewed as a crime and reported to law enforcement, not ju
1 comment
Read more

May 09, 2016
SC—Newspring Church must do outreach on child sex abuse case For immediate release: Wednesday, May 4, 2016 Statement by Amy Smith, Survivors Network of Those Abused by Priests leader Florence church youth volunteer kissed and fondled teen boy, police say By  Eric Walters , April 29, 2016, WBTW News 13 FLORENCE, SC – A youth group volunteer at a Florence church has been arrested for sexually assaulting a minor. According to Florence Police Major Carlos Raines, a 15-year-old boy claimed Leo LaSalle Comissiong, 20, of Florence kissed and fondled him through his clothes. The incident happened in February at the NewSpring Church on North Cashua Drive, Raines said. Comissiong is charged with criminal sexual conduct with a minor, 3rd degree. http://wbtw.com/2016/04/29/florence-church-youth-volunteer-kissed-and-fondled-teen-boy-police-say/ A spokesperson for NewSpring Church, Suzanne Swift, released the following statement regarding the case: On Sunday, April 24, 20
1 comment
Read more
More posts