Memphis church @hpmemphis reportedly has a registered sex offender convicted of aggravated statutory rape that is a member of the worship team on stage during worship services. pic.twitter.com/Jq0MyDuWN4
— Amy Smith (@watchkeep) November 21, 2016

I wrote about Highpoint Church Memphis 2 weeks ago, along with Dee at The Wartburg Watch.

I was informed last night that Timothy Christian Heinz, a convicted and registered child sex offender, is a member of the worship team on stage during worship services at Highpoint Church in Memphis. Tim's conviction is for aggravated statutory rape on 9/28/2009. Tim's date of birth is 12/27/1974. At the date of the offense, Tim was 35 years old. He is listed on the Tennessee Sexual Offender Registry here.

In a Highpoint Church email, Timothy Heinz can be seen in the top photo on stage with the worship team (5th from the left). 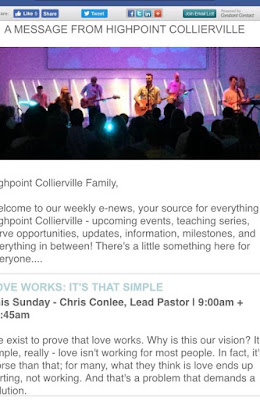 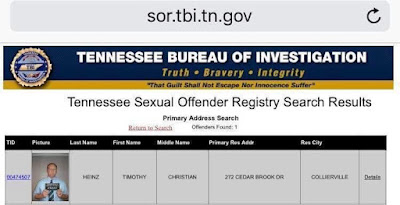 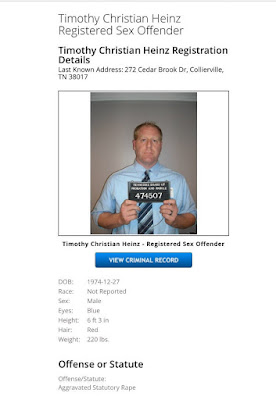 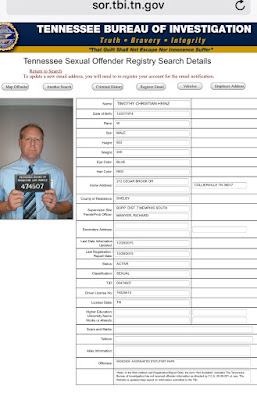 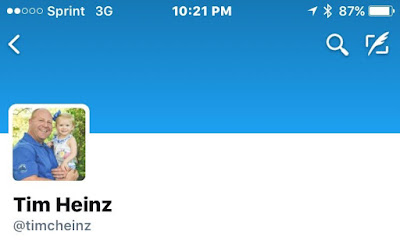 After I pointed out his church @hpmemphis has a sex offender leading worship, @chrisconlee blocked me. https://t.co/t0wix6J9l9
— Amy Smith (@watchkeep) November 21, 2016

Open letter to every pastor whose church wants to minister to those who pose a risk of harm @hpmemphis @chrisconlee  https://t.co/Vv68OcslCj
— Amy Smith (@watchkeep) November 21, 2016

Down the Rabbit Hole said…
EXCELLENT! Wonderful article. Every church should have this as a guide for ministering to sex offenders.
Tuesday, November 22, 2016

Anon "I" said…
Off topic, but I didn't want to bury this pages back.... It looks like the people of INDY won't be living purposeful lives unless they give to their local church.... It's THE local church, not A local church... Hmmm..... I wonder whatever church that could be referring to.... ? (facepalm)

Resonate Church ‏@resonateindy Nov 25
You've never stepped into your purpose in life until you've connected your gifting to the local church.
Tuesday, November 29, 2016