Showing posts from August, 2018
Show all

Anyone who knows or suspects child sexual abuse is mandated by TX law to report that information immediately to police. It does not matter if you think it’s “unfounded.” Law enforcement must be notified. @BobPearle @birchmanorg #eddiestruble #sbc18 #ChurchToo #csa @MissingKids — Amy Smith (@watchkeep) August 16, 2018 From my 2011 post regarding sexual abuse concerns about Southern Baptist music minister/church leader, Eddie Struble : A few months ago I was made aware of specific concerns about a minister credibly accused of the sexual abuse and stalking of at least one teenage boy of which I am aware. This music minister, Eddie Struble, was formerly on staff at  Second Baptist Church , a Baptist megachurch in Houston, with a membership of more than 53,000. He left that position a couple of years ago and sometime after that was hired as the interim music minister at  Humble Area First Baptist Church  but is no longer on staff there, as of October 2010, and has moved to th
Post a Comment
Read more 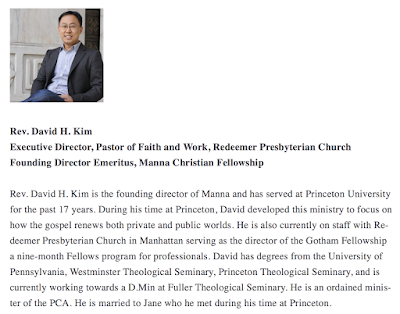 I was sexually abused by a former campus ministry leader and pastor. This is my story. #Metoo #ChurchToo https://t.co/y1TUB4t4wD — Jen Willems (@jen_willems) August 2, 2018   I’m sharing my story to warn people and reach out to other victims. Trigger Warning: Sexual Abuse Note: Yesterday, August 1, an email was distributed to the entire community at Redeemer Presbyterian Church and Redeemer City to City concerning the termination of one of its former pastors, David Kim. This email refers to “an individual who made serious allegations of inappropriate sexual conduct by David approximately 17 years ago, when she was a college student and David was the founding director of a campus ministry at her university.” I am that individual. In light of this email and the fact that I believe it gives an inaccurate impression of what happened, I feel compelled to share my story now. When I was a college student at Princeton in 2001, i was sexually violated by a campus ministry l
Post a Comment
Read more
More posts