Showing posts from February, 2019
Show all

According to a local, trusted source, Highpoint Church in Memphis fired its founding pastor Chris Conlee for assaulting a female staff member. Instead of reporting the assault to the police, church leaders paid Conlee and another disgraced, sexually abusive pastor, Andy Savage , a portion of about $700,000 in severance pay, according to a church financial statement of activities. If other low level staffers also received a severance package in 2018, what percentage of the total amount was doled out to these staffers and what percentage was doled out to Chris Conlee and Andy Savage? The "employee settlement expenses" are listed under Non-operating income (expense). Also listed are "professional consultation and legal fees" of $251,019.  Highpoint Church Layoff Wor... by on Scribd At the time of the public release of Jules Woodson's story of sexual abuse by her then youth pastor, Andy Savage, Highpoint Church was a member of the Southern B
5 comments
Read more 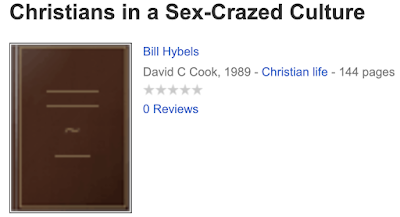 101/ Here are screenshots from Bill Hybels' book "Christians in a Sex Crazed Culture", 1989, in which he admits he purchased & viewed child pornography in the 1980s pic.twitter.com/c6WOnjfd9i — benjaminady (@tripleoxymoron) February 3, 2019 Scripture Press Publications published #billhybels book in which he admitted to crimes of purchasing and viewing child pornography. The president at the time was David Hall. Scripture Press allowed this? Did they report Hybels’ crimes? I made a report. https://t.co/RtuBidnUjA — Amy Smith (@watchkeep) February 4, 2019 Bill Hybels' book Christians in a Sex Crazed Culture was published in 1989 by Scripture Press Publications which was purchased by David C. Cook publishers. Cook is currently listed as the publisher for Hybels' book in which he admits to purchasing and viewing child pornography in the guise of research. This is criminal.  All child pornography materials that Bill Hybels allegedly obtained
4 comments
Read more
More posts