"How do you feel about Jonathan McCarty being free?"

I posted a comment on the Outcry Documentary and Greg Kelley Case Discussion Facebook page. I asked, why hasn't Shawn Dick charged Johnathan McCarty in this case? Or anyone else? Others commented that they wanted me to find out why. 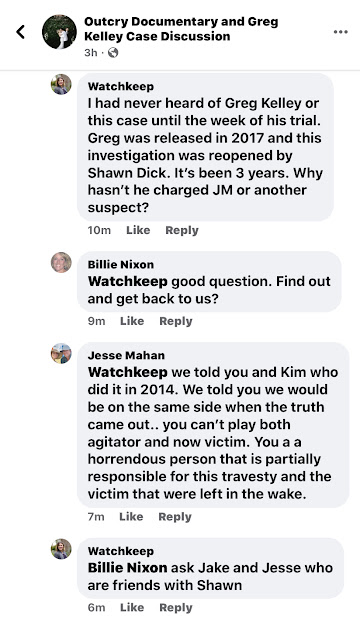 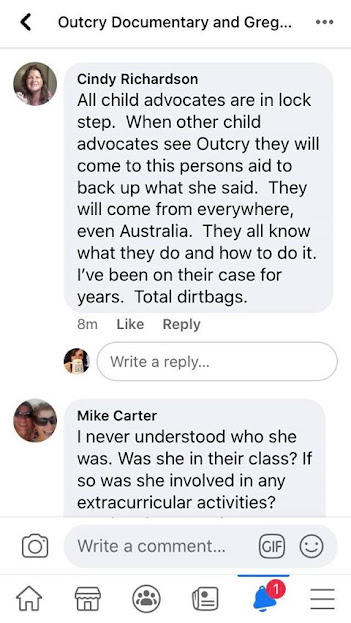 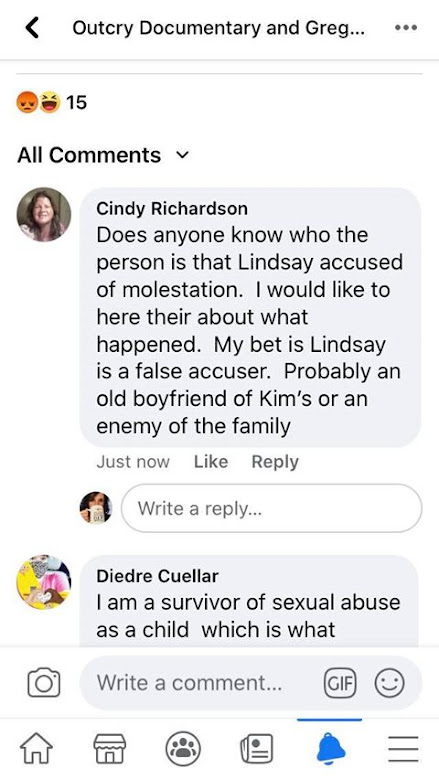 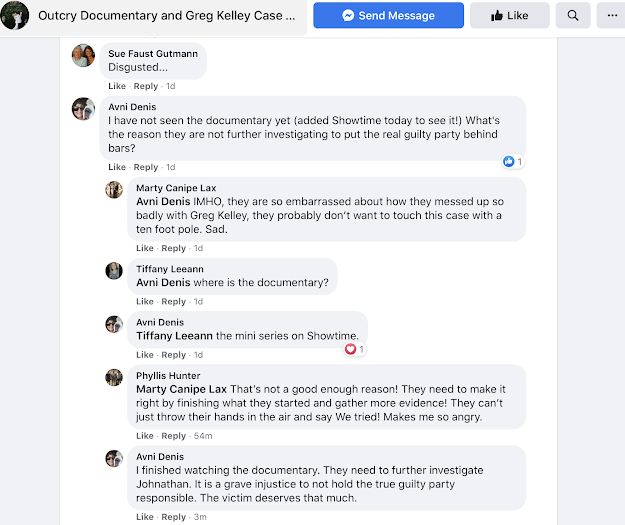 Second suspect in Kelley case will not likely be charged

When I have three suspects in a case, absent Jonathan McCarty confessing or some extraordinary evidence that we don't have right now, I don't see it possible for us to try Jonathan McCarty for this offense.

DA Shawn Dick says he doesn't believe at this time the court could rule beyond a reasonable doubt on any of the suspects.

Despite overturning Kelley’s conviction, investigators do not have enough evidence, or a prime suspect to bring new charges forward.

“Despite a lot of tips, despite a lot of information, we were left with the Texas Ranger testifying there were three possible suspects in this case he had identified, and so with that, we don’t really have a case against any particular suspect,” said Dick.

Dick said it would be hard to even charge McCarty, who's currently facing four years in prison on unrelated charges.

Shawn Dick, Republican, took office as the District Attorney in Williamson County, Texas in 2017. Greg Kelley-Fight for GK leaders and supporters helped to get him elected. Fight for GK leader Jake Brydon is on the far right in the photo below. 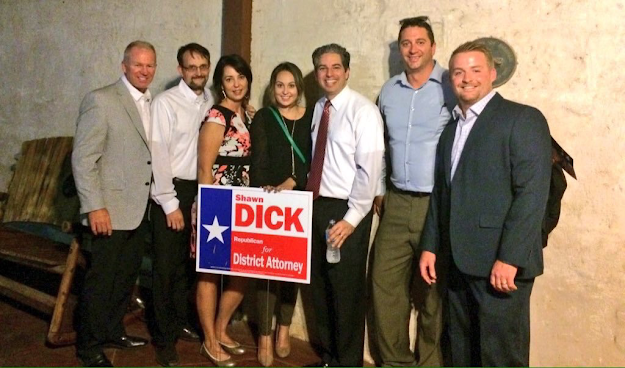 Shawn Dick announced in May 2017 that he was reopening the investigation into the Greg Kelley child sexual assault case. In October 2017, Shawn Dick said that Jonathan McCarty, although suspicious, would not likely be charged with child sex assault. He has said that there are "three very viable suspects." Greg Kelley is one of those viable suspects.

Greg Kelley refused to cooperate with his defense team's investigation into the theory that Johnathan McCarty sexually assaulted a child, according to new court documents.

McCarty, a childhood friend of Kelley's, has been named a person of interest in the case.

The court documents say Kelley's attorney planned to offer into evidence an affidavit that would shed light on the "factual plausibility of the blame-the-other-guy defense." But the documents go on to say Kelley "would not cooperate with any questions about Johnathan, and investigation of Johnathon and defended Johnathan against any theories presented." 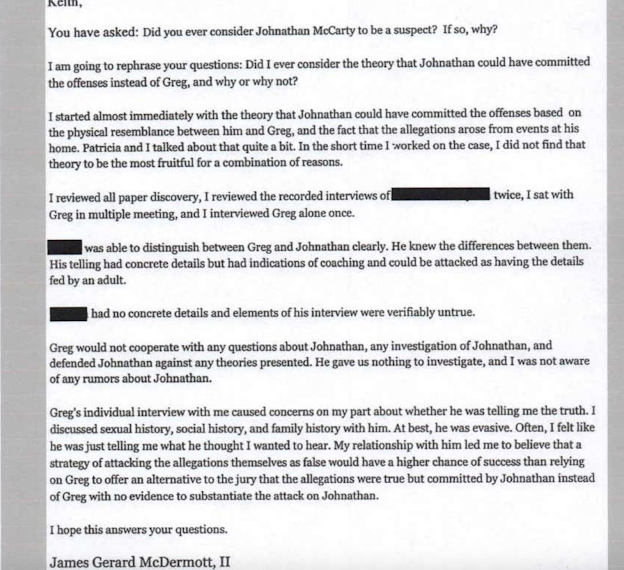 Defense attorney James McDermott (Greg Kelley team) email (posted in the photo above) to Greg's new defense attorney Keith Hampton states that Greg would not cooperate with an investigation into Jonathan McCarty as a suspect in this case.

I don't understand why Jake Brydon, Greg Kelley, Jesse Mahan and supporters aren't directing their energy at challenging District Attorney Shawn Dick on his decision not to charge Johnathan McCarty whom they insist is the real perpetrator in this child sexual assault case. With all this evidence that they claim exists that McCarty is the one who committed child sexual assault, I would think that they would be more concerned about why DA Shawn Dick has not charged him. Why hasn't Jake Brydon started a petition for the DA to continue the investigation into McCarty and not give up until justice is served?

Fight for GK: they said

Greg Kelley's emails to me

McCarty - SW for GK's I... by watchkeep on Scribd -Texas Rangers investigation

McCarty - SW for GK's F... by watchkeep on Scribd

Affidavit of James McDermott by watchkeep on Scribd

Amicus Brief of P. Cummings by christy almond on Scribd

"The child used the name Greg, and he's never wavered from that."—Shawn Dick
"I was the only one who would interact with them…" —#GregKelley pic.twitter.com/Ymi2fHgKy0

My message to the kids: The hype from this film (not really a true documentary) WILL die down. You know the truth. You own it. You are brave. You are better than them. I believe you. Go forth & be a strong survivor. Their lies will never diminish your truth and worth.